Stenomegachile are slender bees with black integument and apical bands of white hair on their terga. They range in body length from 11–17 mm (Michener 2007). This group was recently elevated from a subgenus of Megachile to the status of genus by Gonzalez et al. (2019).

Stenomegachile may be confused with bees within the genus Maximegachile. Females of both genera have long shiny mandibles and a strong posterior tooth in the hypostomal area, while males of both genera have a bilobed preapical carina and lateral teeth on the apical margin of T6 (Michener 2007). Female and male Stenomegachile can be differentiated by their four-toothed mandibles. Male Stenomegachile also have long, dense hairs that extend over the preapical carina on T6, which are not present in Maximegachile (Michener 2007).

Stenomegachile consists of three species (Michener 2007; Gonzalez et al. 2019); none are known to occur in the U.S. or Canada.

Stenomegachile are found in Africa, where they range from Eritrea to the Democratic Republic of the Congo, south to Namibia, and also occur in Madagascar (Michener 2007; Coetzer and Eardley 2019). 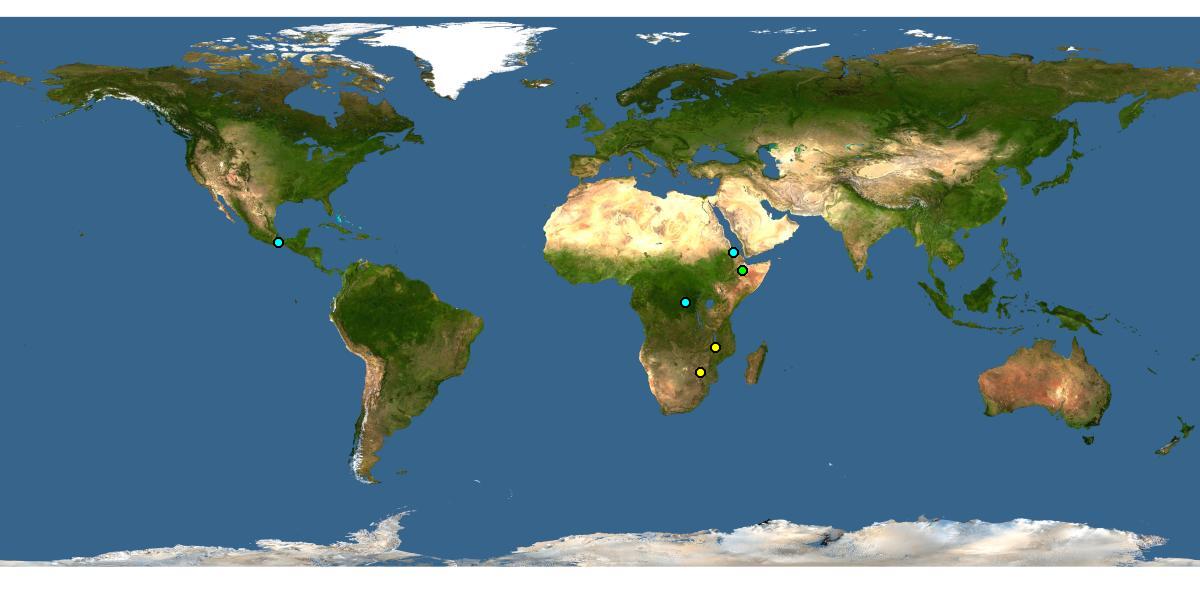