Megachile (Ptilosarus) are bees with black integument and dense, short, yellow to golden pubescence on the most apical terga. They range in body length from 7–10 mm (Michener 2007).

Megachile (Ptilosarus) have been observed visiting Asteraceae, Malvaceae, and Piperaceae (Raw 2007). Megachile (Ptilosarus) exhibit a unique behavior of crawling up and down the spike-like inflorescence of pepper vines (Piper sp.). As they crawl, they move their abdomen from side to side, most likely to enhance the amount of pollen collected (Michener 2007). These bees have plumose hairs on the underside of their thorax and at the base of their legs that may be a specialization for collecting pollen from these plants (Michener 2007; Gonzalez 2008).

Megachile (Ptilosarus) are found predominantly in tropical areas of North and South America, where they range from Veracruz, Mexico to Misiones, Argentina (Michener 2007). 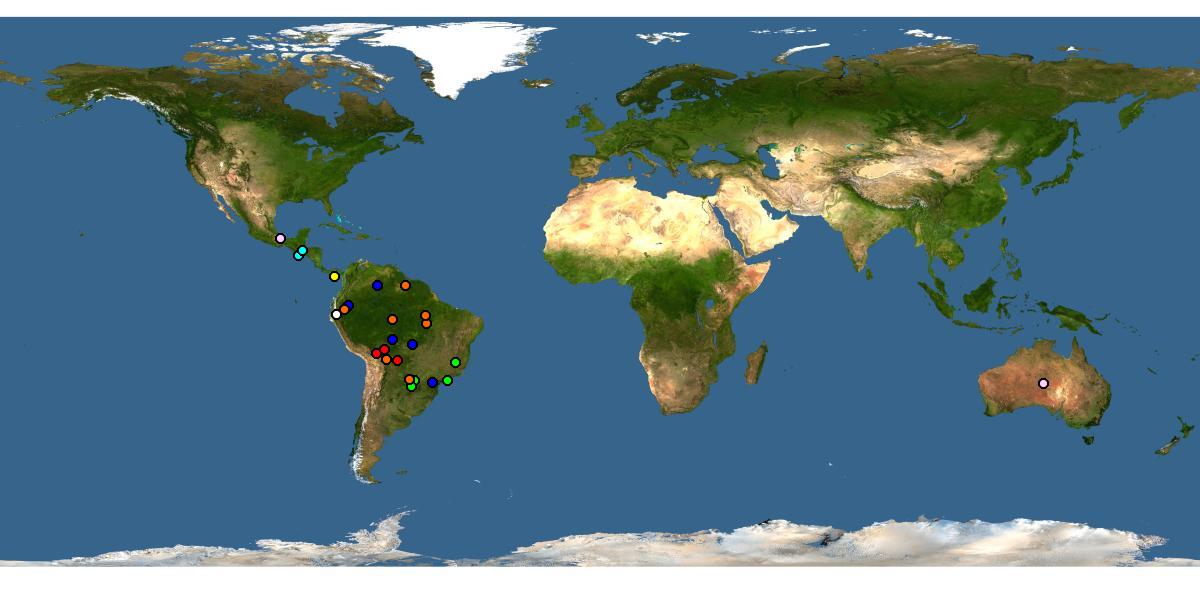