Megachile (Ptilosaroides) consists of two species (Michener 2007; Gonzalez 2008); none are known to occur in the U.S. or Canada.

Megachile (Ptilosaroides) is a Neotropical subgenus, and these bees range from southern Brazil to Panama (Michener 2007). 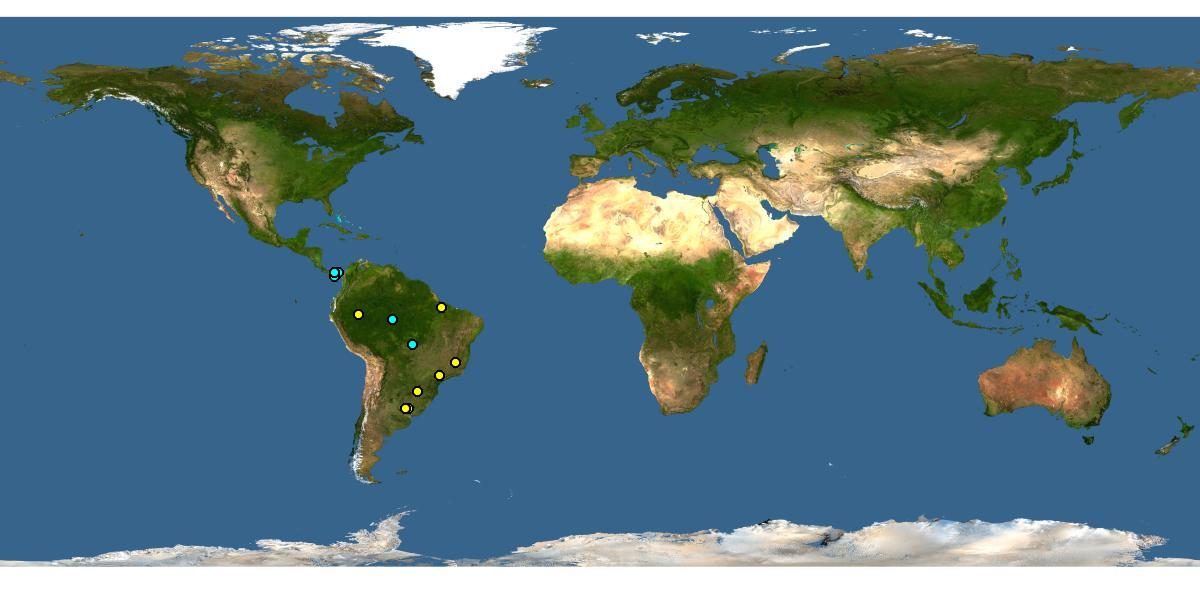