Pseudomegachile consists of approximately 80 species (Raw 2007). These bees are not native to the U.S., but one species, Pseudomegachile lanata, has been introduced in Florida (Genaro 2008; Gonzalez et al. 2019).

In the U.S., Pseudomegachile lanata is invasive in the state of Florida and the territory of Puerto Rico (Michener 2007; Genaro 2008). Outside of the U.S., it is known to be invasive on many of the Caribbean Islands and in several countries in South America, including Colombia, Bolivia, Guyana, and French Guiana (Michener 2007; Gonzalez et al. 2019).

Pseudomegachile lanata, a species that is native to India and has spread to Africa, was introduced to the Caribbean Islands during the slave trade (Genaro 2008). They have since spread to the U.S. (Florida) and South America (Gonzalez et al. 2019). 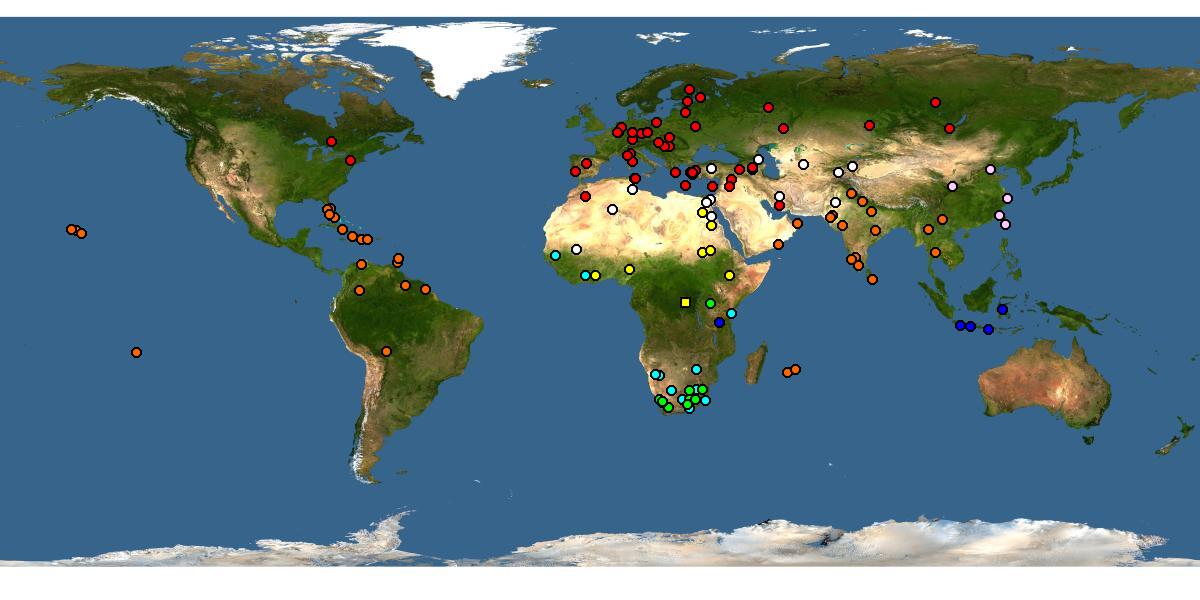