Megachile (Moureapis) have black or reddish integument with black, yellow, red, or white hair, which sometimes form apical hair bands on the terga (Mitchell 1930; Michener 2007). They range in body length from 7–12 mm (Michener 2007).

Megachile (Moureapis) seem to prefer nesting in wide cavities, but have also been observed nesting in trap nests (Cardoso and Silveira 2012). They build their nests using leaves without using any adhesive substance to hold them together (Marinho et al. 2018). Their nests are built in two layers: a looser, outer layer made up of entire leaves and leaf pieces and a more compactly constructed inner layer of leaf pieces (Cardoso and Silveira 2012; Marinho et al. 2018).

Megachile (Moureapis) range from southern North America (Mexico) through South America (Michener 2007). They have been found as far north as the state of Sonora, Mexico, and as far south as the province of Buenos Aires, Argentina (Michener 2007; UNIBIO and IB-UNAM 2020). 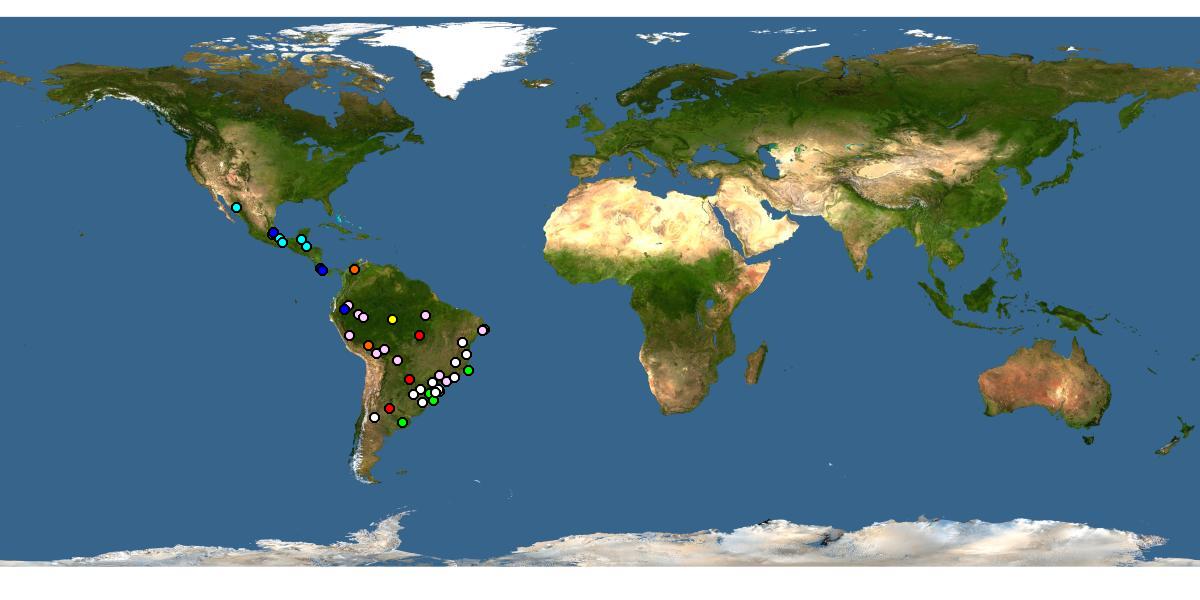