Maximegachile has been observed visiting Asteraceae, Amaranthaceae, and Fabaceae (Gess and Gess 2003; Gous 2017).

Maximegachile nest in pre-existing cavities and have been found in trap nests. They use sand and resin to construct their nests (Gess and Roosenschoon 2017).

Maximegachile consists of two species: M. maxillosa and M. galactogagates (Penati and Mariotti 2015; Praz 2017). Neither species are known to occur in the U.S. or Canada (Michener 2007). 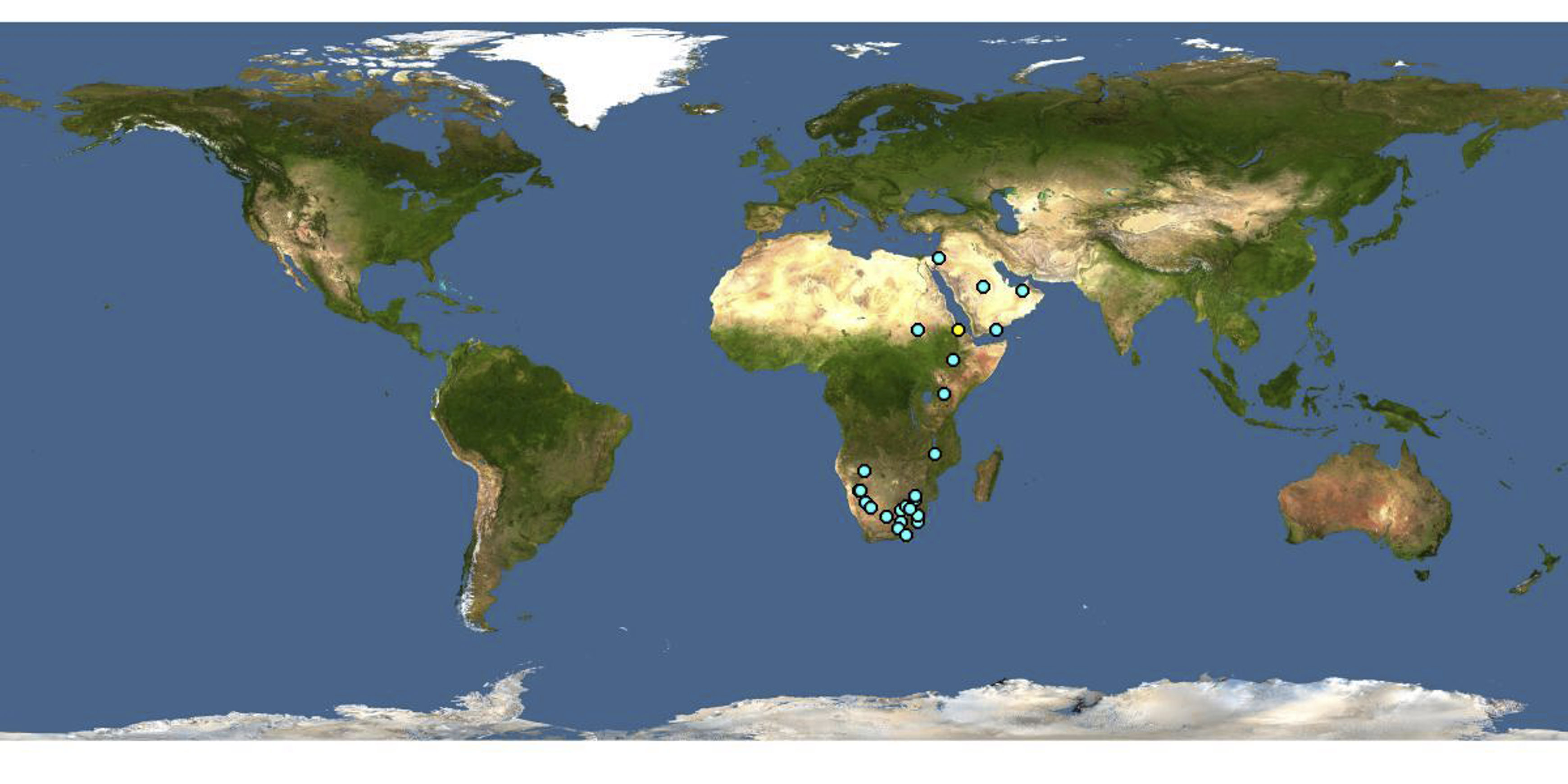