Hackeriapis are bees with black integument on their head and thorax and often reddish integument on some terga. They have white, gray, black, red, or orange hairs throughout their bodies, although red and orange hairs are common on their abdomens (King 1994; Michener 2007). They are a morphologically diverse genus and range in body length from 5–18 mm (Michener 2007). These bees were formerly considered a subgenus of Megachile, but was raised to genus status by Gonzalez et al. (2019).

Hackeriapis have been observed using a number of pre-existing cavities for nesting, including abandoned nests of potter wasps, Eucalyptus seed pods, and man-made objects such as outdoor table umbrellas or folded newspapers (Houston 2018). These bees use resin, masticated plant matter, and downy plant fibers to construct their nests (Houston 2018). One species, H. aurifrons, has been recorded building their cell partitions out of pollen provisions (Houston 2018). Some species are known to nest in aggregations, where several females build nests in the same crevice (Houston 2018). 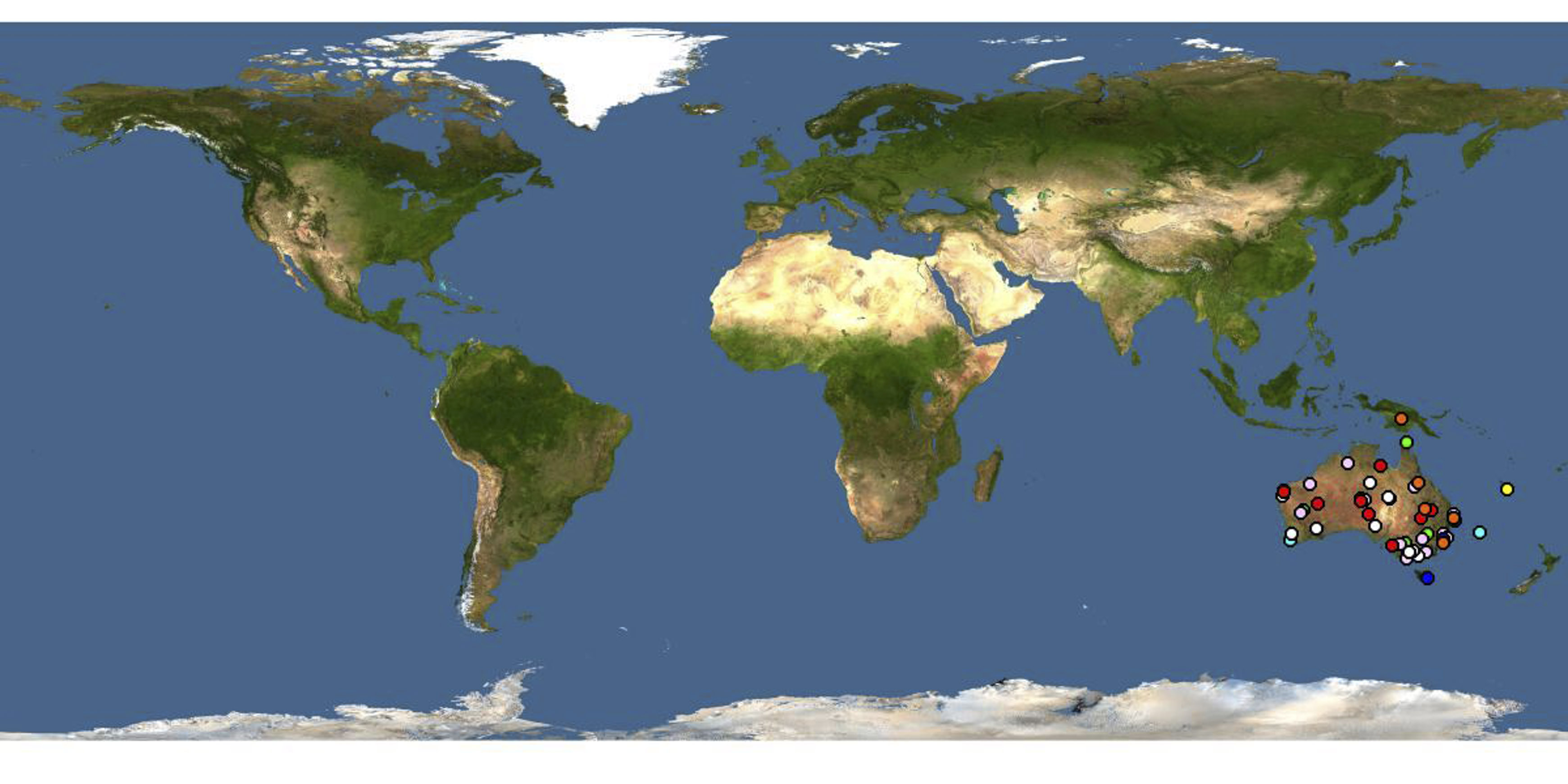