Megachile (Eurymella) are robust bees with a body length between 12–22mm long. They often have black or sometimes reddish-brown integument, with black, red, brown, yellow, or white hair (Schulten 1977; Michener 2007). Megachile (Eurymella), previously synonymized with Megachile (Eutricharaea), was reestablished as a subgenus by Trunz et al. (2016).

Megachile (Eurymella) are ground-nesting bees which have been recorded nesting in sand and compacted earth, and have also been found in the banks of irrigation furrows (MacIvor and Moore 2013). Nest cells are constructed from cut leafs (Pasteels 1965).

Megachile (Eurymella) occur throughout Africa and in western Asia, where they are found from Cyprus through the Arabian Peninsula to Pakistan (Praz 2017; Varnava et al. 2019). 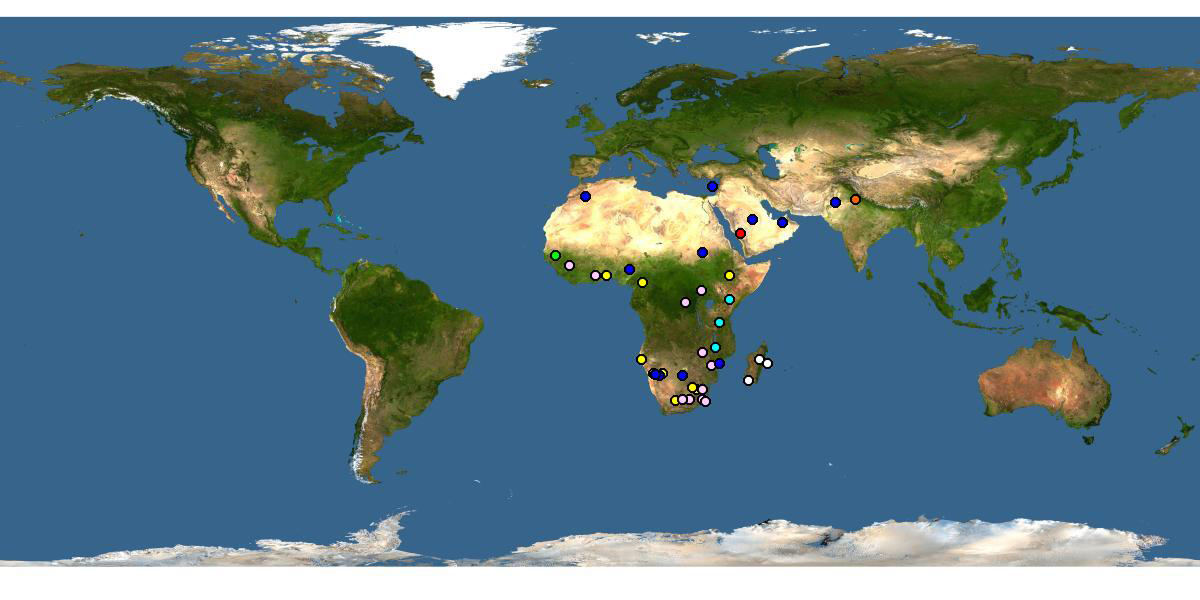