Dinavis is only known from male specimens. They have black integument on most of their bodies with brown to reddish integument on the legs, tegula, mandible, and sometimes sterna (Pasteels 1965). They are covered in long, primarily white to yellow hair with some brown hair on their vertex and terga with white apical hair bands and black hair on the disc (Pasteels 1965). They range in body length from 14–15 mm (Pasteels 1965). Dinavis was previously synonymized under Pseudomegachile, but was raised to genus status by Gonzalez et al. (2019).

Dinavis may be confused with Pseudomegachile, which is highly variable, and some species can look very similar in size and coloration. Male Dinavis can be differentiated by the distinct lateral spines on the apical margin of T6 (Gonzalez and Engel 2012).

Dinavis consists of one species: D. muansae (Eardley 2013); none are known to occur in the U.S. or Canada.

Dinavis is uncommon and is only known from southern Africa (Eardley 2013). 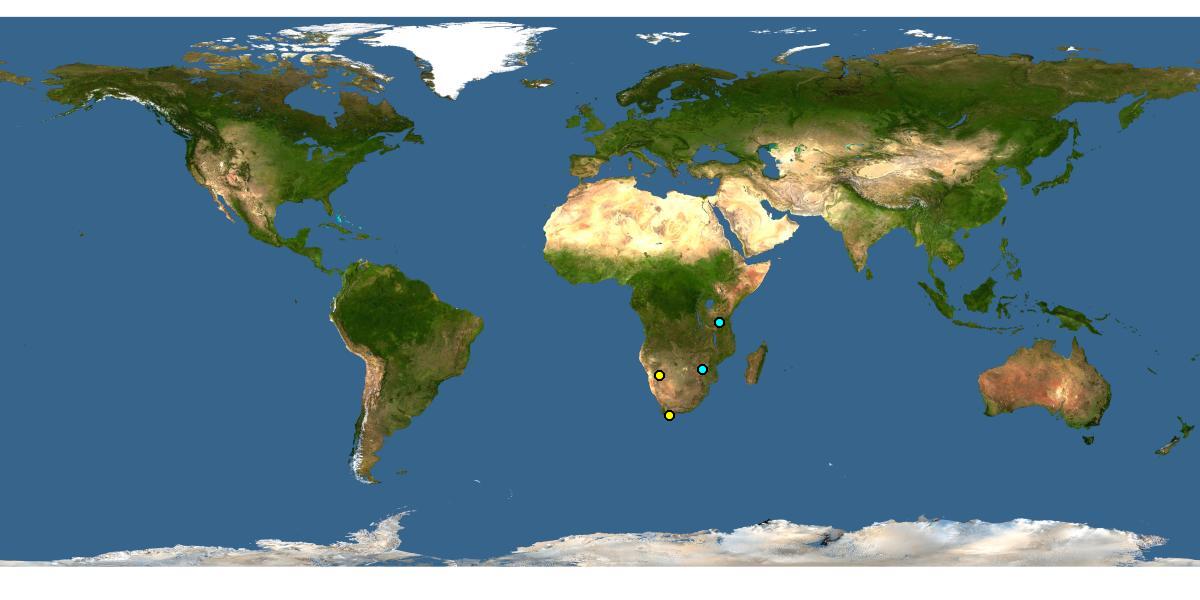