Megachile (Dasymegachile) is a subgenus of robust bees with black integument that is usually covered in long, dense hair that does not form apical bands of hair on the terga. Females have entirely black scopa (Durante et al. 2006; Michener 2007). They range in body length from 10–15 mm (Michener 2007).

Megachile (Dasymegachile) consists of fifteen species (Ascher and Pickering 2020); none are known to occur in the U.S. or Canada.

Megachile (Dasymegachile) is a South American subgenus most commonly found at high altitudes in the Andes mountain range. Their range extends from southern Argentina and Chile northward to Peru and Brazil (Michener 2007; Raw 2007; Gonzalez 2008). 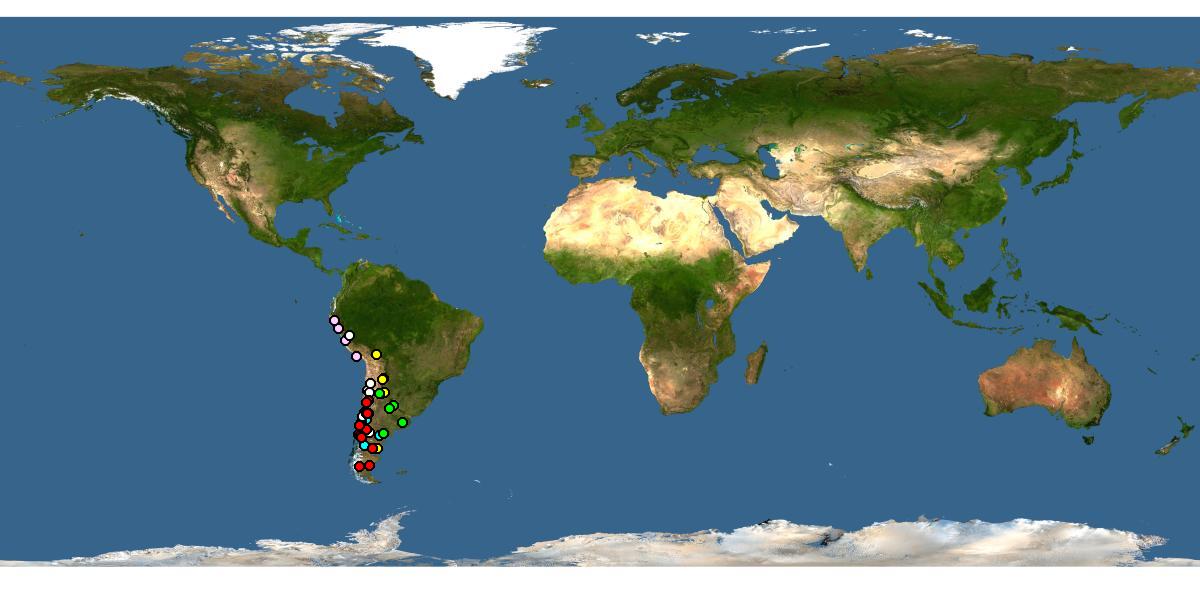