Megachile (Creightonella) are bees with black integument and black, golden-yellow, or white pubescence that sometimes form apical hair bands on the terga (Gupta 1989). They range in body length from 11–23 mm (Michener 2007).

Megachile (Creightonella) is not likely to be confused with other subgenera due to several unique diagnostic characters. Females can be separated from other Megachile subgenera by the combination of their five- or six-toothed mandibles with cutting edges in interspaces two to four and a hind tarsal claw with only one elongate seta (Michener 2007). Males have a distinctly shaped T7 and the unique feature of often having both S5 and S6 exposed (Michener 2007).

Megachile (Creightonella) nest in pre-existing cavities in soil and hollow plant stems, as well as in burrows they excavate in soil (Michener 2007). Brood cells are comprised of leaves, resin, and masticated foliage. Nest plugs are constructed out of masticated leaf pulp and pebbles (Michener and Szent-Ivany 1960; Willmer and Stone 1989).

Megachile (Creightonella) occur throughout Europe, the Middle East, and Africa. They are also found in parts of Asia, including India, China, the Philippines, Indonesia, Malaysia, and New Guinea (Michener 1962a; Comba and Comba 1991; Banaszak and Romasenko 1998; Ascher et al. 2016a; Praz 2017). 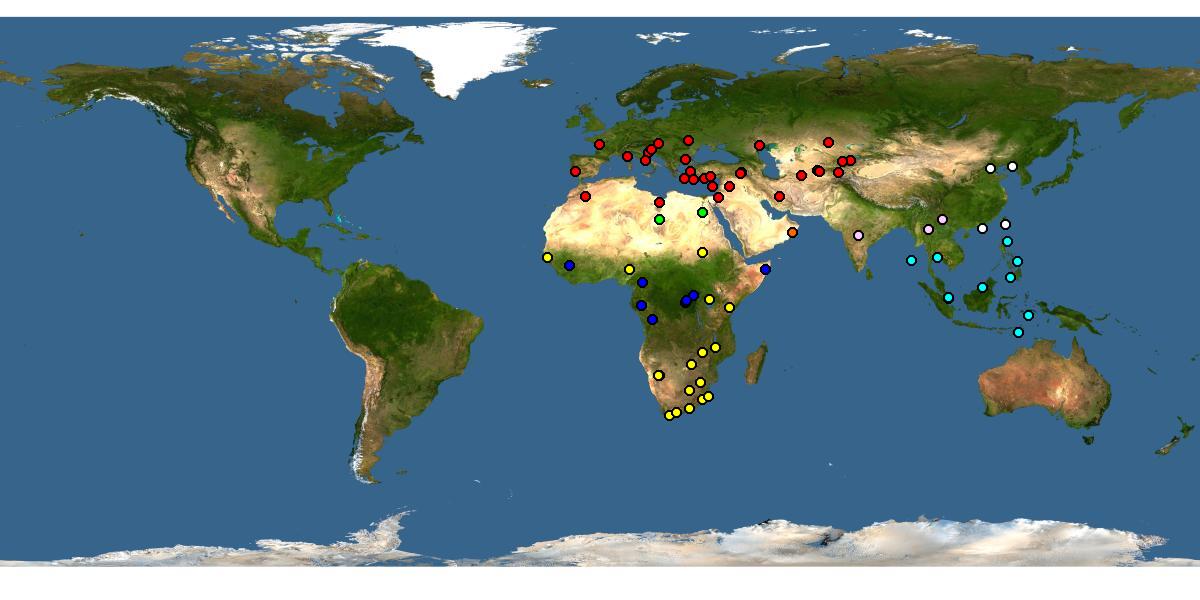