Megachile (Chrysosarus) have black integument and can have reddish, tan, gray, or yellow hairs that often form apical bands on their terga (Michener 2007). They range in body length from 8–17 mm (Michener 2007).

Megachile (Chrysosarus) nests are constructed out of chewed leaves in pre-existing cavities (Laroca 1971; Laroca et al. 1992; Zillikens and Steiner 2004). Brood cells differ from other Megachile subgenera in that they contain a layer of mud between layers of petals and leaves (Laroca et al. 1992; Raw 2007). Megachile (Chrysosarus) have been observed nesting in bamboo, bramble, wood, galls, trap nests, bromeliad leaves, the abandoned nests of digger bees (Centris) and potter wasps (Eumenidae), and in cane roofs of houses (Raw 2007).

Megachile (Chrysosarus) consists of fifty-six species (Raw 2007); none are known to occur in the U.S. or Canada.

Megachile (Chrysosarus) occurs predominantly in South America where they are found in Guyana, Peru, Brazil, Paraguay, Argentina, and Panama (Raw 2007). 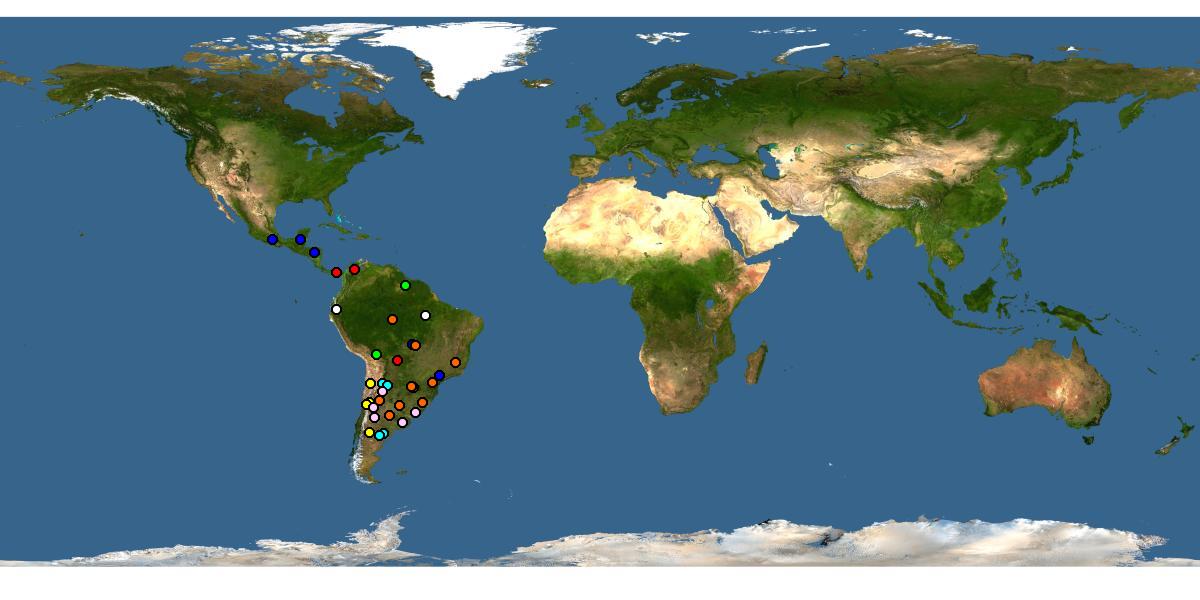