Chalicodoma are robust, hairy bees that usually lack apical bands of hair on the terga. They range in body length from 11–20 mm (Michener 2007). Previously considered a subgenus of Megachile, the status of Chalicodoma was elevated to genus by Gonzalez et al. (2019).

Chalicodoma are widely distributed in Africa, Asia, and Europe (Michener 2007). Within Africa, they are found from the Mediterranean coast to the southern coast of South Africa, and from the Canary Islands off the western coast to Egypt in the east (Kronenberg and Hefetz, 1984; Michener 2007). Within Asia, they are distributed throughout Central Asia (Turkey to Pakistan) to China and can be found as far north as Mongolia (Michener 2007; Luo and Liu 2011). In Europe, Chalicodoma are predominantly Mediterranean, but can be as far north as France, Germany, and Poland (Michener 2007). 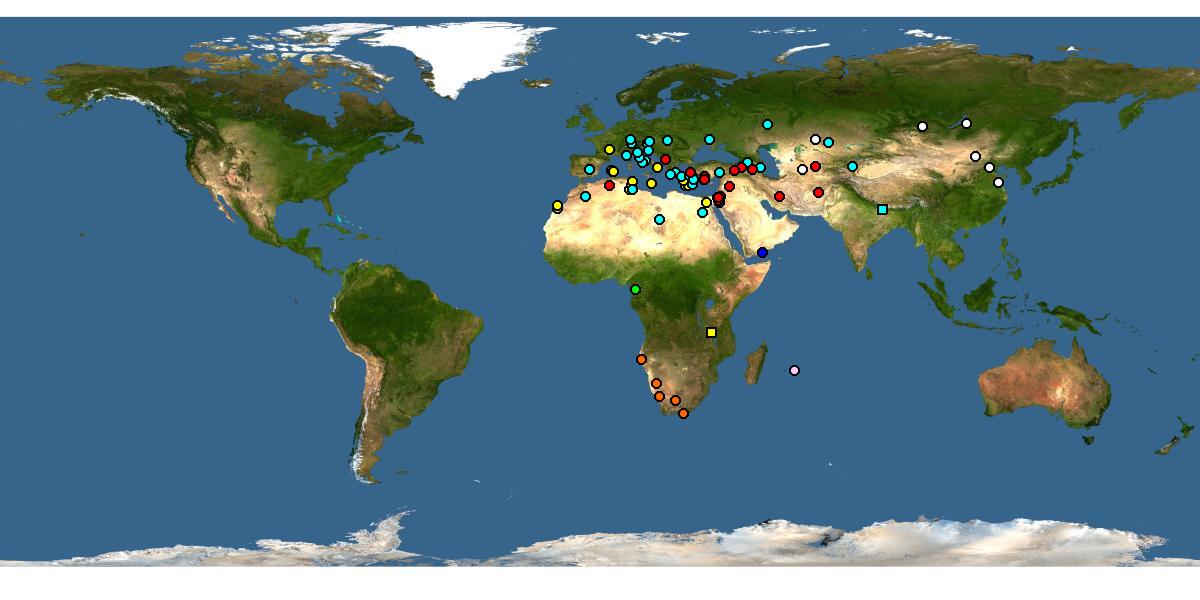