The single species in this genus, Cesacongoa quadraticauda, has black integument with black hair on the head and thorax and an abdomen covered in dense orange-red hair. Their body length is approximately 16 mm (Michener 2007). Cesacongoa was synonymized with Megachile (Cuspidella) in 2016 and then elevated from a Megachile subgenus to genus status in 2019 (Trunz et al. 2016; Gonzalez et al. 2019).

Cesacongoa may be confused with Pseudomegachile because they both have shiny ridges on their mandibles in females and a large spine on the apical margin of T6 in males (Gonzalez 2008). Cesacongoa can be differentiated from Pseudomegachile by the broadly emarginate female clypeus and truncate median process on the preapical carina of T6 in males (Gonzalez 2008).

Cesacongoa is monotypic, consisting of one species: C. quadraticauda, which is not known to occur in the U.S. (Gonzalez 2008; Gonzalez and Engel 2012).

Cesacongoa occurs in sub-Saharan Africa and was first discovered in the Democratic Republic of the Congo (Gonzalez and Engel 2012). 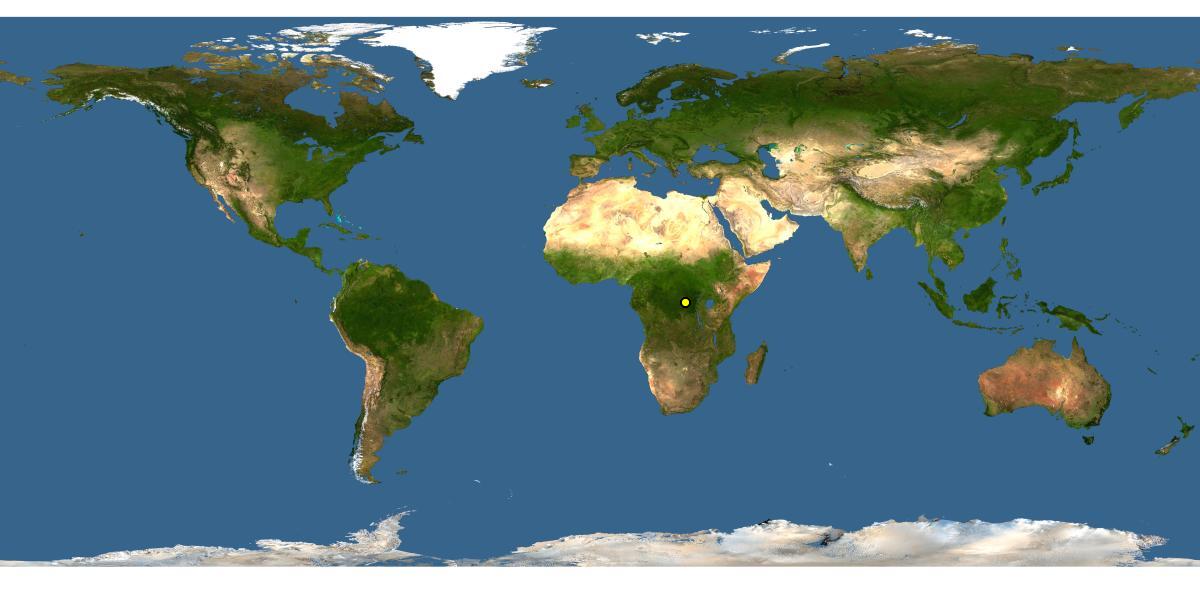