Carinula are brightly colored, elongate bees that range in length from 7–11 mm (Michener 2007; Eardley 2012). They were previously synonymized within Megachile (Callomegachile) (Michener 2007). Carinula was established as a genus by Gonzalez et al. 2019.

Carinula are dauber bees, which are bees that use mud and sometimes resin to construct their nests (Michener 2007; Eardley 2012).

Carinula consists of eight species (Ascher and Pickering 2020); none are known to occur in the U.S. or Canada.

Carinula torrida was introduced from Africa to the Caribbean and is now found in Cuba, Hispaniola, the Dominican Republic, and Montserrat (Genaro 1996; Raw 2007; Genaro 2008). These bees were likely introduced during the slave trade between 1511 and 1867 (Genaro 2008).

Carinula are known to occur in Africa, Asia, and in limited parts of North America, specifically the Caribbean. In Africa, they are found in Ghana, Liberia, the Democratic Republic of the Congo, Uganda, South Africa, and Kenya (Genaro 1996; Gikungu 2006; Raw 2007, Eardley 2012). They are also found in Southeast Asia, and have been recorded in India, Malaysia, and Singapore (Ascher et al. 2016a). One species, Carinula torrida, was introduced into the Caribbean and is now found in Cuba, Hispaniola, the Dominican Republic, and Montserrat (Genaro 1996; Raw 2007). 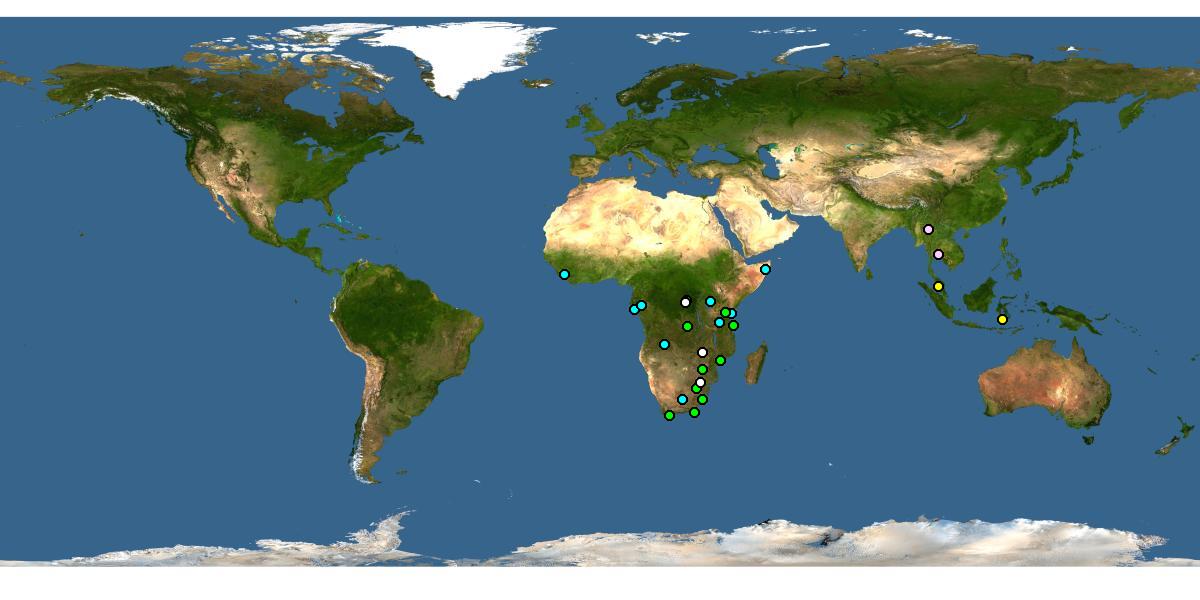