Austrochile are robust, parallel-sided bees with black integument and white and black hair on their head and thorax (Michener 1965). Their terga sometimes have white apical hair bands, but the pubescence of their abdomen is mostly black, aside from distinct reddish hair on T5-T6. They range in body length from 9–11 mm (Michener 2007).

Austrochile may be confused with some of the larger Hackeriapis because they both have parallel-sided abdomens and red hair on the last two terga (Michener 1965). Austrochile can be differentiated by the large subapical spine on S1.

Austrochile has been observed visiting flowers of the genera Jacksonia (Fabaceae) and Eucalyptus (Myrtaceae) (Prendergast 2020).

Austrochile consists of ten species (Michener 1965); none are known to occur in the U.S. or Canada.

Austrochile are found throughout the non-tropical areas of Australia (Michener 2007). 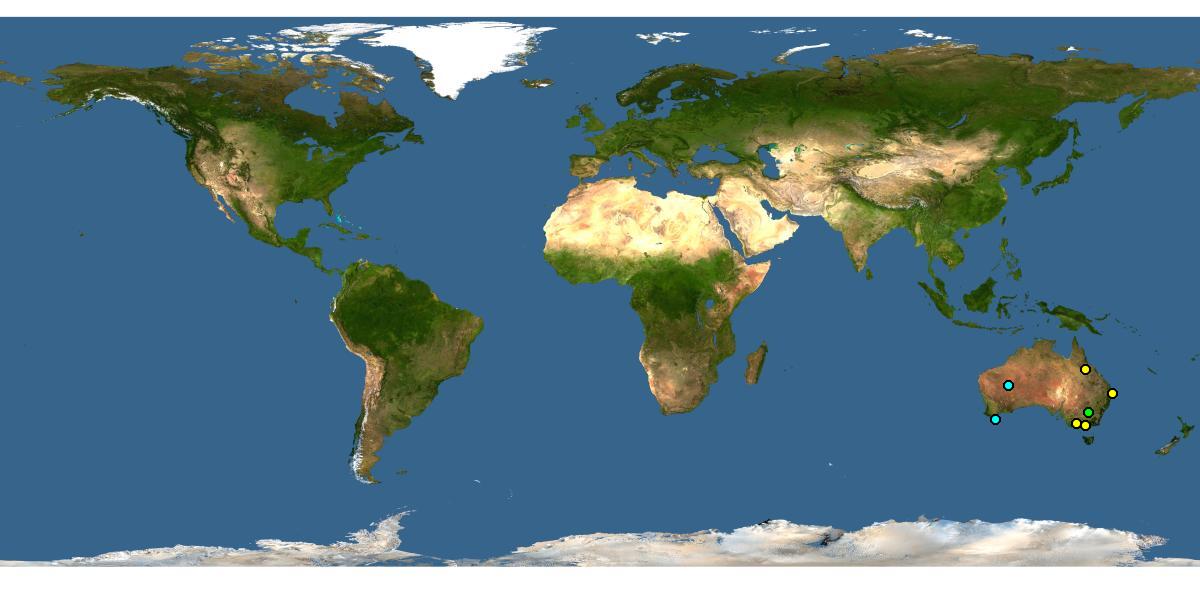