Megachile (Amegachile) consists of thirty species (Michener 2007); none are known to occur in the U.S. or Canada.

Megachile (Amegachile) occurs in Africa, Asia, and Australia. In Africa, they range throughout sub-Saharan Africa, from Senegal to Ethiopia to South Africa and Madagascar. They are found in East and Southeast Asia, where they range from India to Japan and south through Indonesia to Australia (Michener 2007). 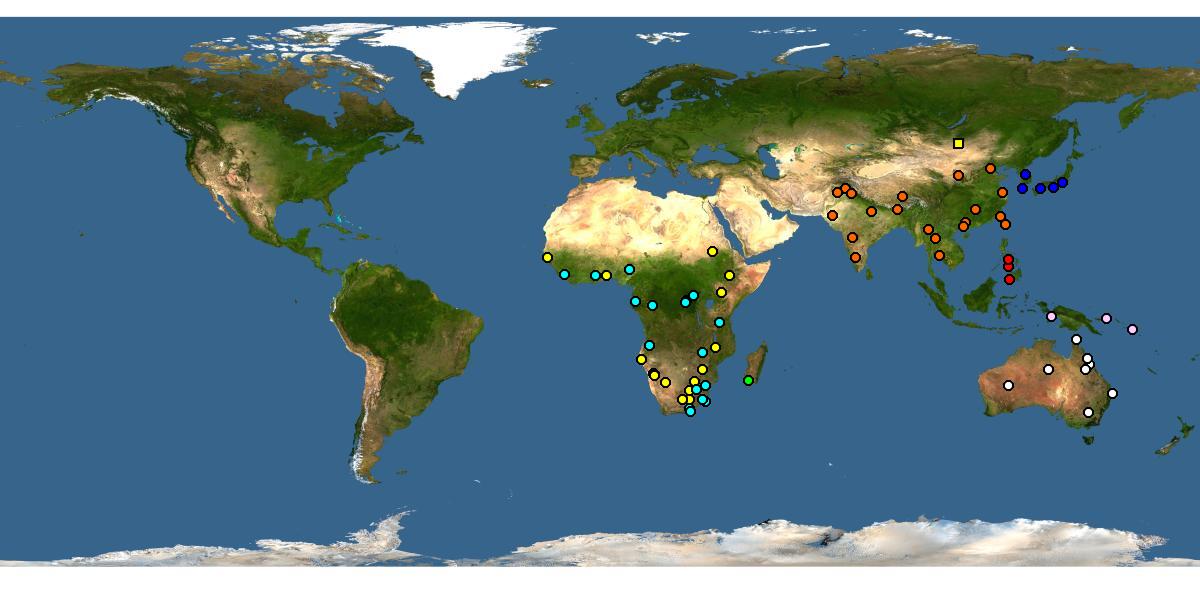