Megachile (Aethomegachile) construct cylindrical nests, and build their nest cells with pieces of leaves (Maeta et al. 1997). They have been observed nesting in soil, in decaying wood of trees, inside the hollow petioles of papaya, and even inside dry, fallen leaves (Katayama 1997; Maeta et al. 1997; Udayakumar et al. 2017; Udayakumar et al. 2019).

No members of this subgenus are known to be invasive (Russo 2016). However, Megachile laticeps, which is distributed on islands throughout the Indian and South Pacific Oceans, has potentially been introduced to Hawaii (Ascher et al. 2016a). A single specimen from 1983 was identified in 2016, but the species is not considered to be established (Ascher et al. 2016a).

Megachile (Aethomegachile) are found predominantly in Asia, with some species found in Oceania. They range in distribution from India to Indonesia, north through China to southeastern Russia (Proshchalykin 2004; Ascher et al. 2016a). Additionally, they have been found on a number of islands in the Indian Ocean, such as Seychelles and the Maldives, and the North and South Pacific Oceans, including the U.S. state of Hawaii and the U.S. territories of Guam and the Northern Mariana Islands (Krombein 1950; Ascher et al. 2016a). Three specimens (identified as Megachile laticeps) were collected in South Africa in 1897 and 1919 (Eardley and Ranwashe 2017). 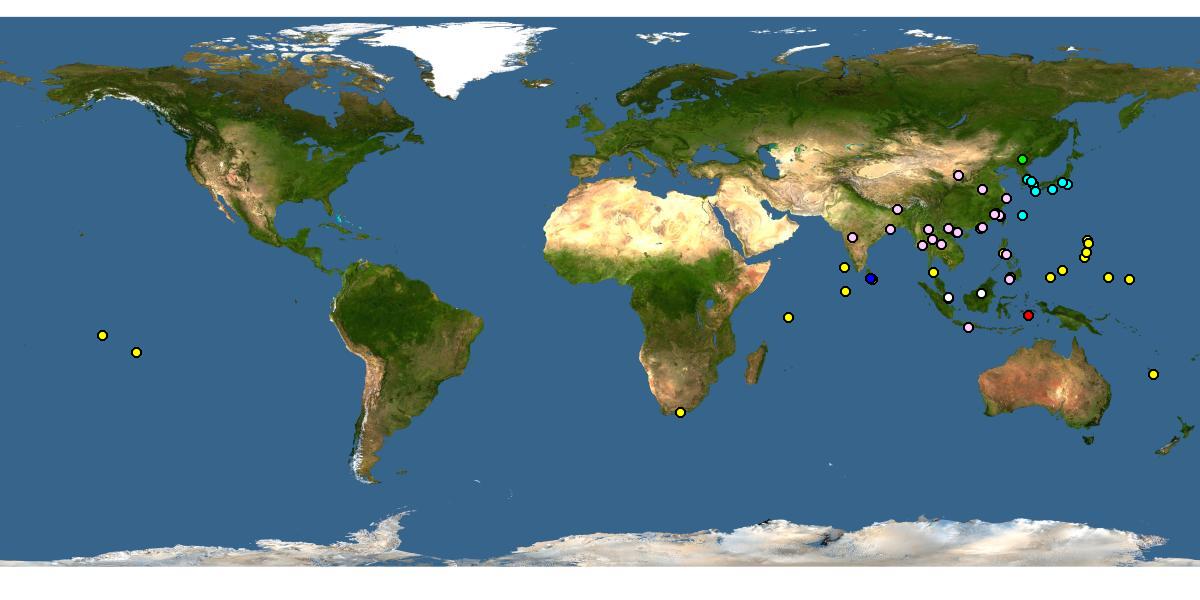