Ceratina (Xanthoceratina) have black to red integument, usually with extensive yellow markings on the head, thorax, and abdomen (Hirashima 1971a). Their body length can vary from 5.0–10.5 mm (Michener 2007).

(modified from Hirashima 1971a)

There are no published records on the nesting habits of Ceratina (Xanthoceratina), but as in other Ceratina, they are suspected to use pithy stems and small, hollowed branches of plants.

Ceratina (Xanthoceratina) are found in southeastern Asia, from the southern part of China south through Indonesia (Michener 2007). 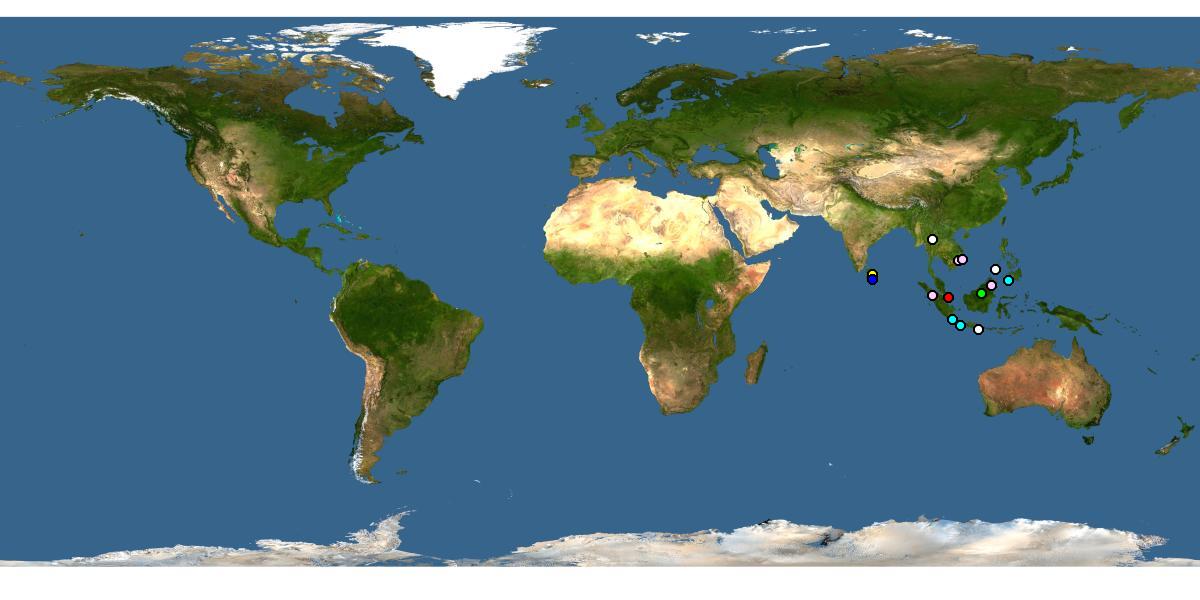