Ceratina (Protopithitis) consists of medium-sized bees that have strongly metallic dark blue-green integument with distinct, coarse punctation. They have a body length of about 8 mm (Michener 2007).

Ceratina (Protopithitis) may be confused with some species of the Ceratina (Pithitis) because of the lack of graduli on T2 to T6, the strong punctation on the integument, and the lack of a strong basitibial plate in the female. Ceratina (Protopithitis) can be separated by the shape of the axillae, which are not produced into a spine, the absence of a carina separating basal area of propodeum from posterior surface, and the shape of T7 of the male that is bidentate in C. (Protopithitis) and rounded or pointed in C. (Pithitis).

The nesting behavior of Protopithitis is unknown, but it is likely that they nest inside pithy stems and twigs as in other subgenera of Ceratina.

Ceratina (Protopithitis) are known from Gabon to Tanzania, and south through coastal South Africa (Hirashima 1969; Eardley and Daly 2007; Michener 2007). 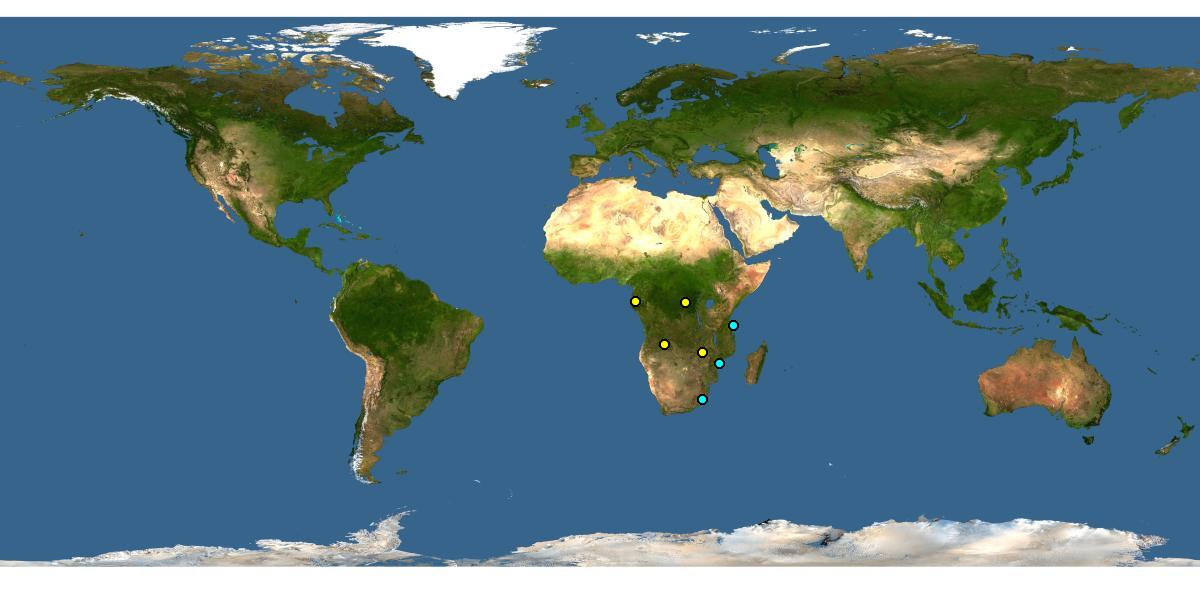