Ceratina (Pithitis) may be confused with some species of Ceratina (Protopithitis) because of the lack of graduli on T2 to T6, the strong punctation on the integument, and the lack of a strong basitibial plate in the female. C. (Pithitis) can be separated by the shape of the axillae, which are produced into a spine, the presence of a carina separating basal area of propodeum from posterior surface, and the shape of T7 of the male that is rounded or pointed in C. (Pithitis) and bidentate in C. (Protopithitis).

Bees of the subgenus Pithitis nest in pithy stems and branches. Ceratina (Pithitis) smaragdula have been shown to nest in fruiting bramble (Rubus) and in wooden stalks of Ravenna grass (Saccharum ravennae) (Kislow 1976; Hussain et al. 2016; McFrederick and Rehan 2016; Rehan and Richards 2010; Shell and Rehan 2017).

Ceratina (Pithitis) smaragdula, an introduced species in Hawaii has been steadily establishing itself across the archipelago (Arakaki et al. 2001; Magnacca 2007; Shell and Rehan 2017; Snelling 2003). This species has been reared in greenhouses in Utah, California, and Florida to be used as a possible pollinator, but did not become established when liberated outdoors (Michener 2007). In addition, it was brought to Californian alfalfa farms in the early 1970s in an effort to promote crop production (Batra 1976; Daly et al. 1971; Shell and Rehan 2017), but never became established (Michener 2007).

Ceratina (Pithitis) is found throughout Africa, east through southern Asia, and through Indonesia east as far as Ambon (Michener, 2007). One species, Ceratina smaragdula, was introduced to Hawaii and has become established (Shell and Rehan 2017; Snelling 2003). 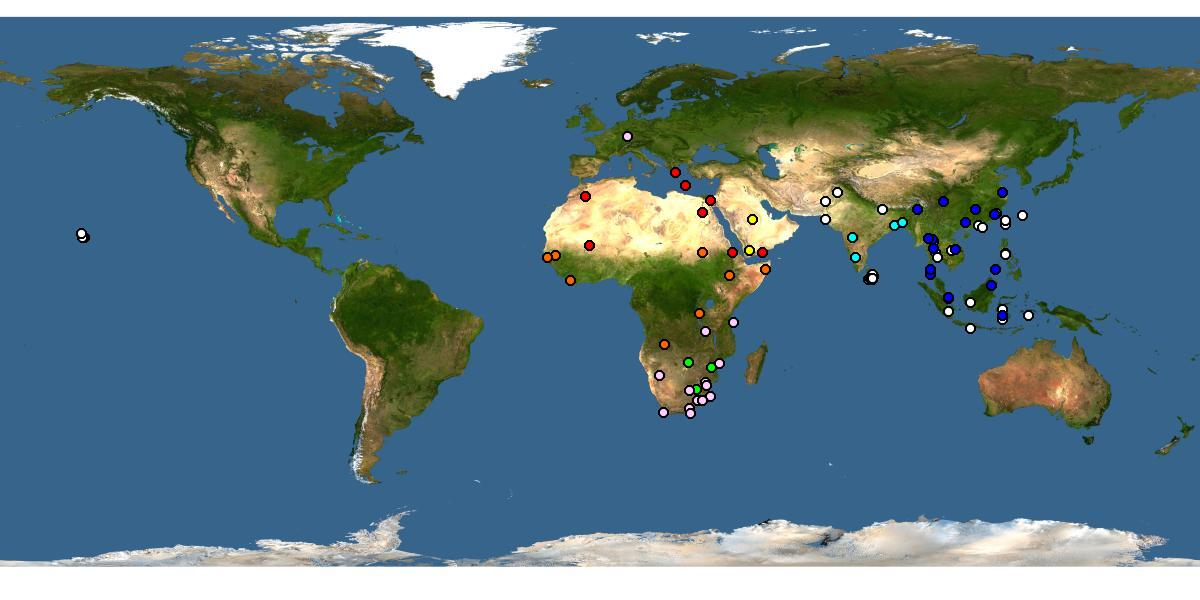