Ceratina (Neoceratina) are small, black or weakly metallic, strongly punctate bees, with pale markings that are limited to the face, the pronotal lobe, and legs. Their body length ranges from 4–6 mm (Michener 2007).

Ceratina (Neoceratina) nest in pithy stems and can be socially polymorphic, with both solitary and social nests in the same population. Solitary nests are attended by a single adult female while social colonies usually contain two, but occasionally three to four, adult females (Michener 1962, 1990; Michener et al. 2010; Rehan et al. 2009).

Ceratina (Neoceratina) dentipes is native to Asia and is thought to be invasive throughout the South Pacific. They have been introduced and have established populations in Hawaii that were likely introduced somewhat recently through shipping traffic (Shell and Rehan 2019; Snelling 2003).

Ceratina (Neoceratina) are known to occur in Asia, from Turkey east to Japan, and south through Indonesia and Australia (Michener 2007). One species has been introduced in Hawaii (Snelling 2003; Shell and Rehan 2019). 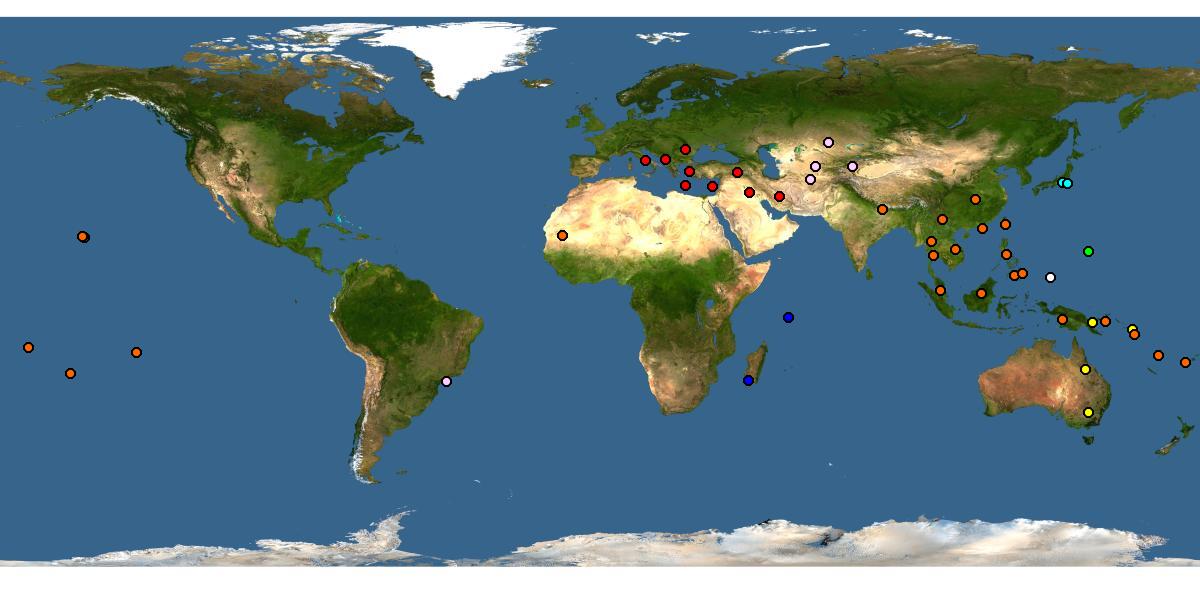