Ceratina (Euceratina) consists of rather weakly metallic and strongly punctate species with pale markings that, if present, are limited to the face, pronotal lobe, and legs. Their body length varies between 6–14 mm (Michener 2007).

The species Ceratina dallatorreana Friese, native to the Mediterranean region, was first reported in California in 1949 where it is now established (Daly 1966). This species reproduces by thelytokous parthenogenesis; only females have been found in the U.S. (Daly 1966).

Ceratina (Euceratina) occur from Britain east to southern Russia and Pakistan, and south to Somalia (Michener 2007). One species has been introduced to the U.S., Ceratina dallatorreana (Daly 1966). 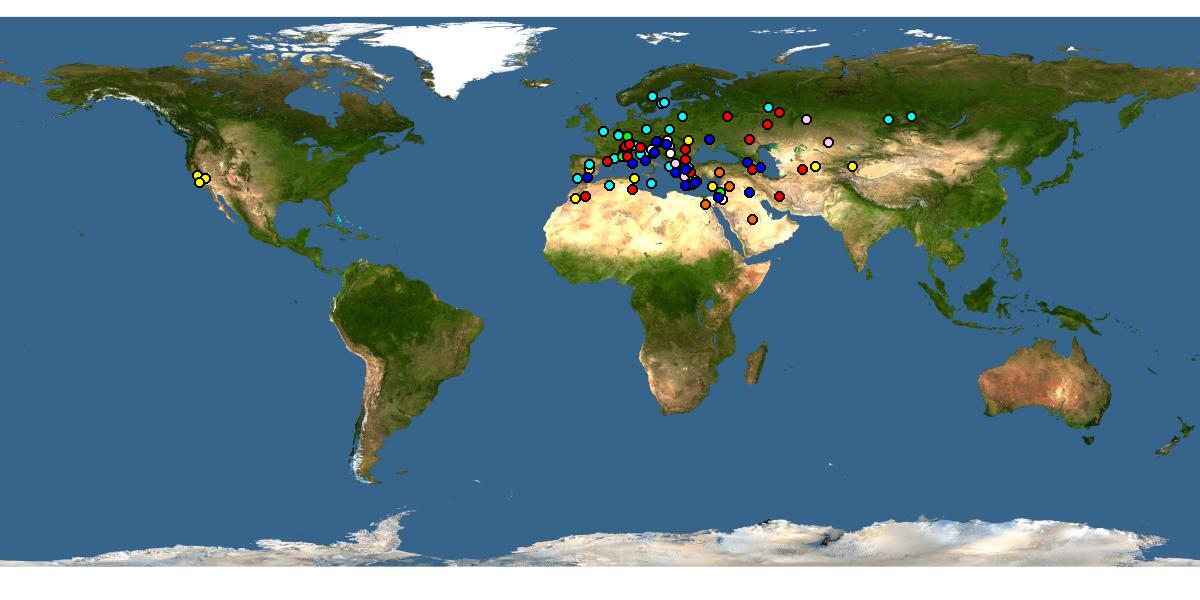