Ceratina (Ctenoceratina) may be confused with species in C. (Simioceratina), because they both have apical rows of coarse, sometimes scale-like setae on T2 to T5, and S2 to S5. However, unlike Simioceratina, Ctenoceratina's scutellum slopes less abruptly to join the sloping metanotum and propodeum (Eardley et al. 2010).

Ceratina (Ctenoceratina) armata has been observed visiting the plant families Aizoaceae and Fabaceae (Ascher and Pickering 2020).

Females excavate nesting burrows in dead stems of a variety of plants. Normally, a single adult female is found in a nest, but occasionally two females can be present in one nest with brood, particularly in C. moerenhouti. Although a few adult female and male bees may be found together in empty nests during inactive seasons, they do not form large aggregations (Daly 1988).

Ctenoceratina is widespread in Africa, south of the Sahara, from Senegal to Ethiopia, all the way down to South Africa (Michener 2007). 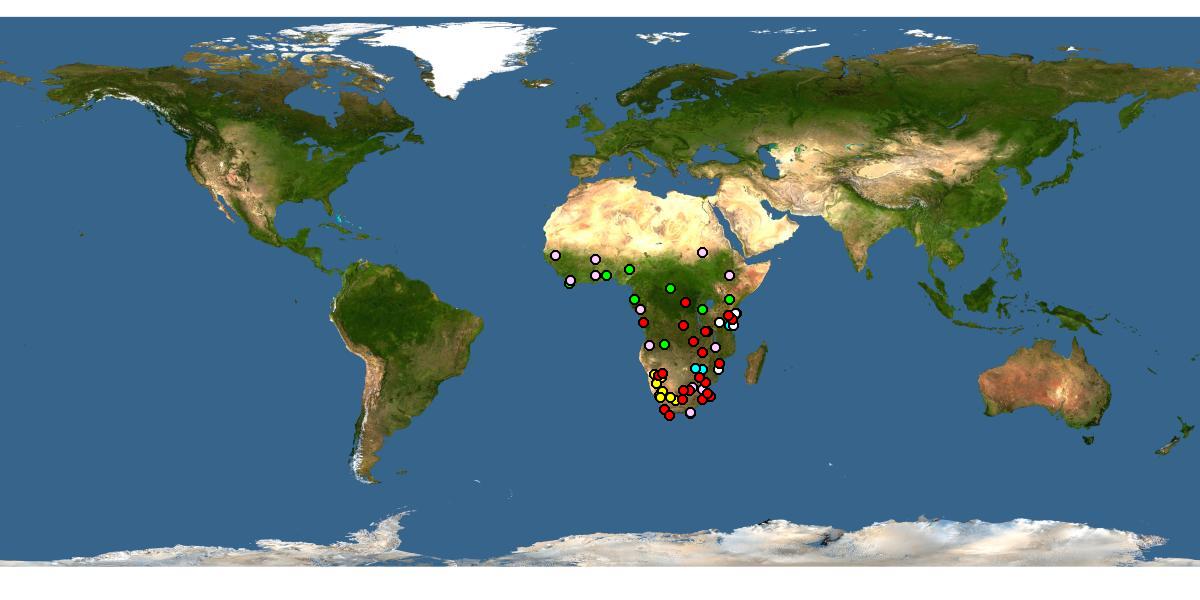