Ceratina (Crewella) are characterized by having strongly punctured integument with a weakly metallic coloration, although some species have pale maculations limited to the face, pronotal lobes, and legs. Their body length varies from 6–13 mm (Michener 2007).

Ceratina (Crewella) may be confused with Ceratina (Calloceratina) and Ceratina (Neoclavicera) because of the presence of a strong carina in the pronotum. They can be separated from Neoclavicera because this latter has a single apical spur on the fore and mid tibiae and a wax plate only present on S2. They can be separated from Calloceratina by lacking basal carina on the outer side of the posterior tibia, having a darker metallic coloration, and maxillary palpi always with six segments (compared to 5 or 6 in Calloceratina). In addition, some species of Crewella have an unusually long tongue (Michener 2007).

There are no records of the nesting behavior of Ceratina (Crewella), but it is assumed that they nest in hollowed pits, branches, or stems, like other members of the genus Ceratina.

Ceratina (Crewella) occur in parts of Central and South America, from Costa Rica south to Bolivia, Paraguay, and Argentina (Michener 2007). 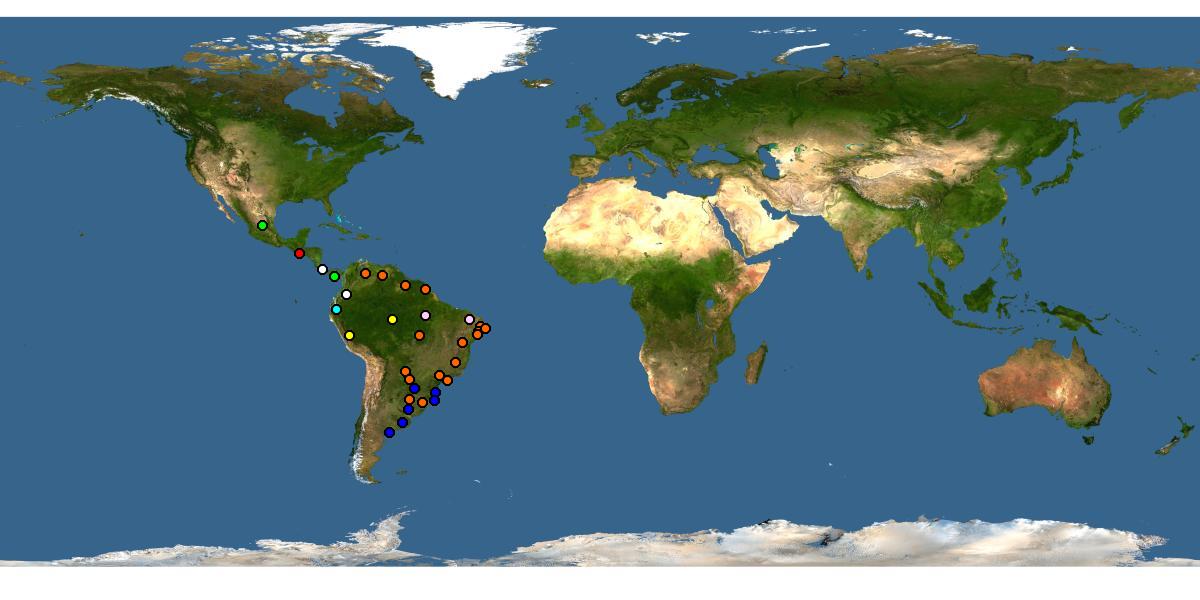