Ceratinidia is the most common subgenus of Ceratina in Asia (Hirashima 1971). They are black bees with abundant yellow markings on their head, thorax, and abdomen. Their body length varies from 5.0–11.5 mm (Michener 2007).

(modified from Hirashima 1971a)

Ceratina (Ceratinidia) may be confused with some species in C. (Xanthoceratina), C. (Lioceratina), and C. (Catoceratina), because of their similar yellow markings on all body segments. However, they can be separated from these other subgenera by the dense, coarse punctures on the frons, vertex, and paraocular area above the antennae.

Ceratina (Ceratinidia) are common of pollinators of various wild plants in far eastern Asia. They have been observed visiting the flowers of a number of plant families including Asteraceae, Caprifoliaceae, Ericaceae, Fabaceae, Rosaceae, Solanaceae (Lee et al. 2005).

Adult females of many species of Ceratina (Ceratinidia) use holes in the narrow stems or twigs of dead plants as nests for brood rearing including Asteraceae (Artemisia) and Poaceae (Miscanthus and Phragmatis) (Lee et al. 2005).

Ceratina (Ceratinidia) is the most diverse subgenus of Ceratina in Asia and contains a total of 50 species (Hirashima 1971a; Warrit et al. 2012; Gupta et al. 2013; Ascher and Pickering 2020). The subgenus has been divided into three species groups, i.e., the compacta, bryanti, and flavipes (Yasumatsu and Hirashima 1969; Shiokawa and Hirashima 1982).

Ceratina (Ceratinidia) is found from Sri Lanka and India, north through China to the maritime province of Siberia, east to Japan, and throughout southeastern Asia, including Taiwan, the Philippines, and Indonesia east to the western tip of New Guinea (Michener 2007). 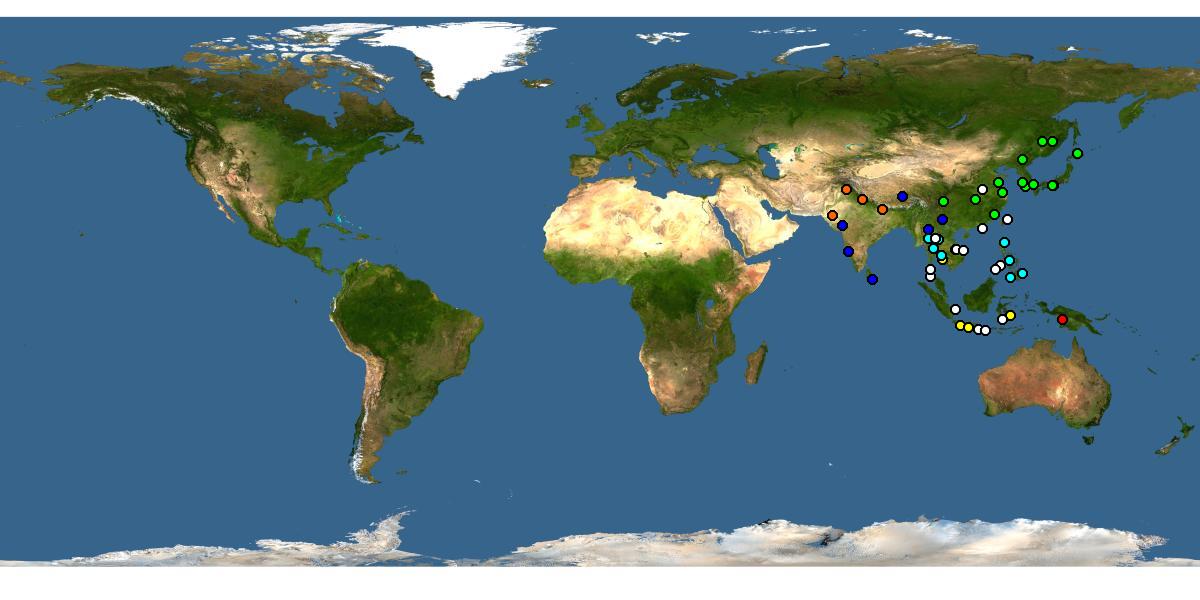