Ceratina s. str. consists of non-metallic black bees with pale maculations limited to the head, pronotal lobe, and legs. The species in this subgenus vary from small to large, with the body length varying between 5–9 mm (Hirashima 1971a).

Some species of Ceratina (Ceratina), such as C. parvula Smith, may resemble species of C. (Ceratinula) because of their smooth and impunctate paraocular areas. However, they can be differentiated by having the inner orbits of the female subparallel (convergent below in Ceratinula) and by the male’s broadly truncate T7 with two slender, submedian apical spines (Michener 2007).

Nesting and biological information for the subgenus is limited. One species, C. cucurbitina, has been observed nesting in pithy stems of Rubus (Rosaceae) and potentially re-using old burrows (Daly 1983). Brood nests of this species can have 4 to 12 cells and are built in 3–4 mm wide burrows that are 90–170 mm deep (Grandi 1961). C. cucurbitina has also been reported sharing nests in stems with multiple species in different subgenera (Daly 1983).

This subgenus is known to occur across the Old World and can be found throughout Africa, Asia, and Europe (Michener 2007). 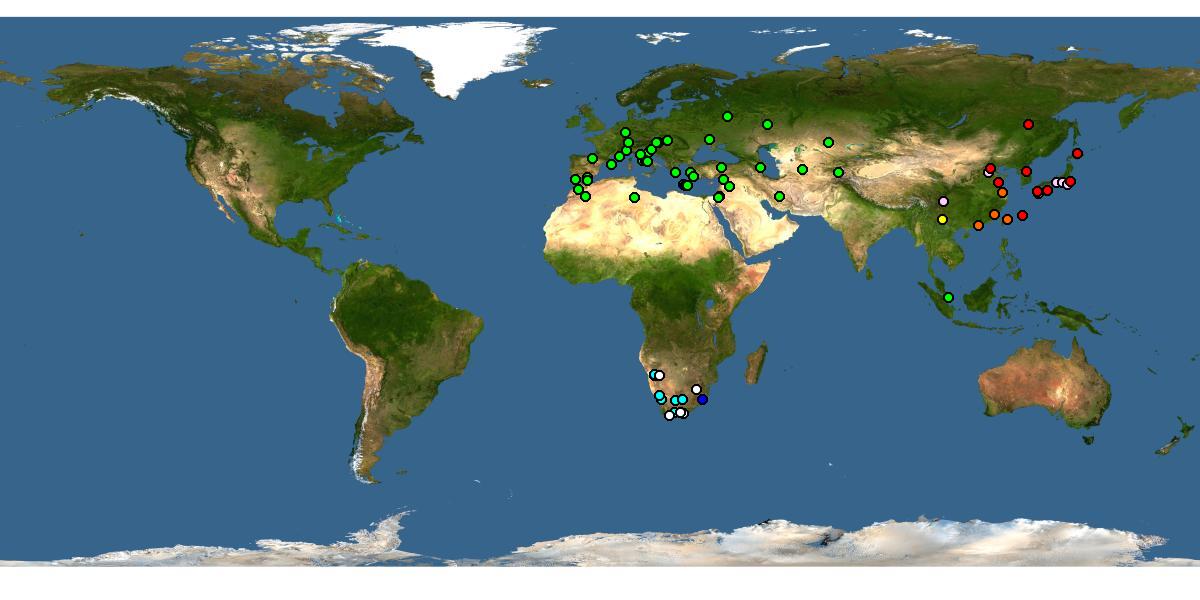