Species of Calloceratina are usually metallic green or blue, sometimes with a red abdomen and pale maculations limited to the face, pronotal lobes, and legs. The total body length varies from 6.5–13.5 mm (Michener 2007).

Species of Ceratina (Calloceratina) may be confused with other species in the subgenus C. (Crewella) because of the presence of strong lateral carina on the sides of pronotum. In species where the pronotal carina is weak, there is a strong oblique carina along the posterior margin of the basitibial plate. The two subgenera can be separated by the absence of pale or yellow maculations on the paraocular areas and genae, and by the absence of a spine on the posterior margin of the basitibial plate in C. (Calloceratina).

Ceratina (Calloceratina) have been found nesting in dry, pithy stems with round entrances between 4.6–6 mm in diameter and tunnels from 8.7–16 cm in length (Friese 1925; Gonzalez et al. 2004). Some species of C. (Calloceratina) facultatively develop colonies of adults (Michener 1990).

Ceratina (Calloceratina) contains 15 described species (Ascher and Pickering 2020); however, Malhmann (2011) lists an additional 14 new species, but these are not yet described.

Ceratina (Calloceratina) cobaltina has been sporadically collected in the in central Texas, U.S. since the 1970s. These collections, however, may just represent an adventive range expansion since it occurs in northern Mexico (National Research Council 2007).

Ceratina (Calloceratina) are found primarily in the New World tropics from Bolivia to northern Mexico. One species, Ceratina cobaltina, has been collected sporadically in central Texas since the late 1970s (National Research Council 2007). 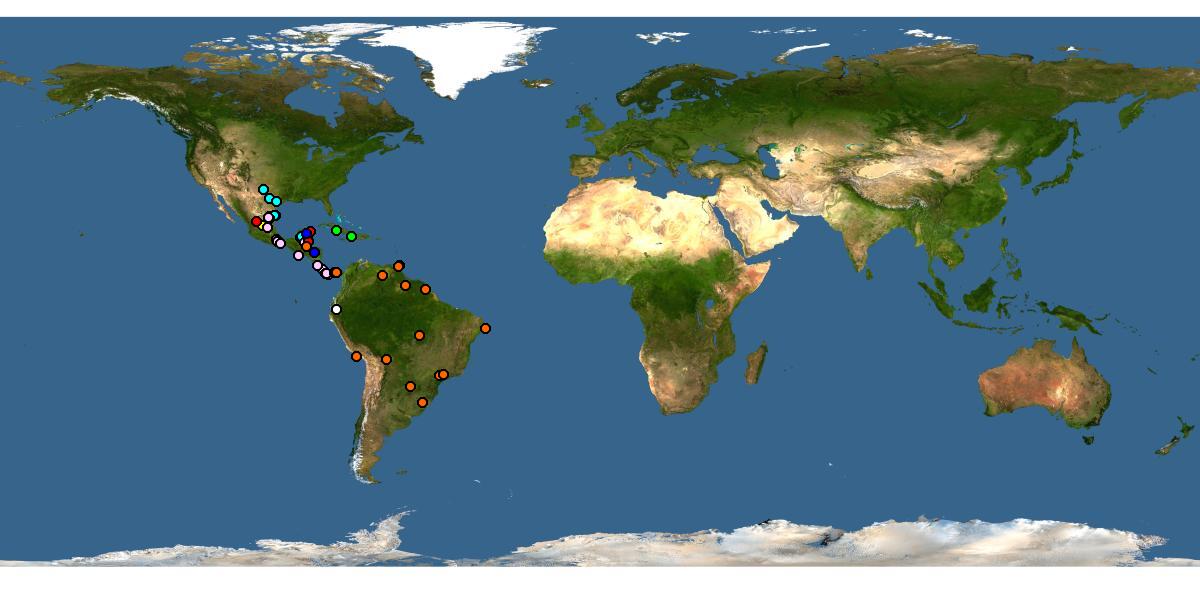